I love reading books on Leadership and personal development. I love to enhance my knowledge and sometimes, just to get a reconfirmation of what I already know about leadership. 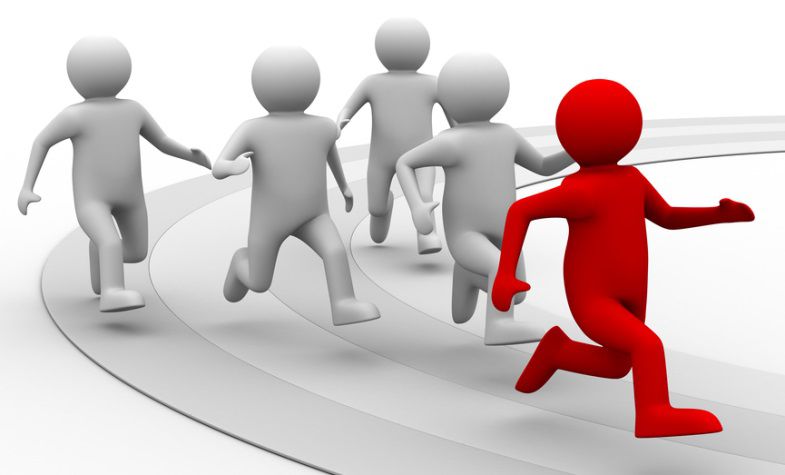 Among many incredible lessons, one thing I’ve come to realize is, everybody is a leader at a certain level. We all have the ability to lead ourselves and be an example for somebody else. And the good news is, we all lead.

All leadership is influence – nothing more, nothing less. ~John Maxwell [tweet this]

Everybody has some influence and that indicates the depth of their leadership. But then, why is it that some leaders can mobilize nations, and others, who have all the wisdom, all the knowledge in the world, have no influence?

John Maxwell talks about 5 levels of leadership in his teachings as shown in the image below: 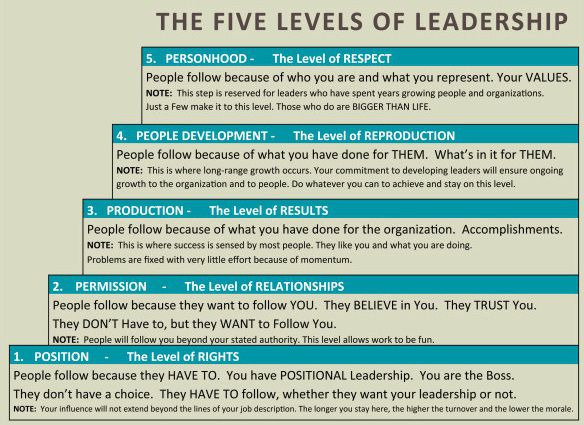 As the chart shows, even if somebody is at the lowest level of leadership ladder, they have the opportunity to progress to the higher levels of leadership if they intend to do so.

That brings us to the center of the discussion where we are going to discuss about the characteristics of weak leaders.

All parents are positional leaders by design, arent’ they? But that doesn’t necessarily make them good or weak leaders. It is their attitude which defines it for them. Similarly, just because you are in a position of leadership in your company, you don’t become a good or a weak leader. How we conduct ourselves, no matter what level of leadership we are at, defines our character as a good leader or a weak leader.

Here are 10 most common characteristics of weak leaders:

1.Weak Leaders Know It All

Weak leaders usually belong to the ‘Positional’ leadership position because of their other skills. But the main problem they face is, they don’t think anybody knows anything better than they do. They believe that if anybody who is not as successful as they are, he/she doesn’t know as much as they know.

This attitude of such leaders keeps them from learning new things or making changes in their organization which could potentially bring positive changes for changing times.

Because weak leaders think that they know more than anybody else on their team, people are afraid of suggesting anything new. People who follow such leaders only give them appreciation and good news. Such appreciation only gives a boost to their ego and the leader is blind to the current situation and changing trends in the marketplace.

Nothing fails like success and when a leader of an organization thinks he/she knows it all and becomes blind to changing times, he/she puts the organization they lead in a great danger. The irony is, they don’t even know it.

“This has always been done this way. Therefore, this will always be done the same way”, is the thought process of a weak leader.

I have met many people in leadership positions who don’t want to rock the boat because of their fear of change. Somehow these people have an unknown fear of losing what they have found to be working for them. They are so much engrossed into their working method that they are only looking for excuses so they don’t have to change anything.

These leaders eventually lose steam and their weakness causes them a great deal of following. Blackberry is a great example of what happens when leadership doesn’t like to change even in the face of major challenges.

This mostly happens with positional leaders. I have seen managers trying to get the job done by forcing their team members to do the work. The only advantage they have is their authority due to their position. They use their position to intimidate, threaten and issue ultimatums to those they lead. What an incredible way to lose loyalty, isn’t it?

Some leaders have this weakness. They just don’t believe that anybody else can deliver something with high quality. So, when any important assignment needs to be completed, they decide to do it themselves as much as possible. Even if other team members are involved, weak leaders micromanage the whole project and irritate their people. This management style hurts their team’s morale as people feel that they are not being trusted by their leader.

6.Weak Leaders Do Not Listen To Those They Lead

This character trait usually comes in combination with the first characteristics we discussed. Leaders with a big ego and a Know-It-All attitude lead their teams in such a way that the people they lead are afraid of suggesting anything to them. If somebody musters the guts to suggest something, their recommendations are not considered or appreciated by the leader.

Such leaders have a counter for every change that is recommended. They have logic to make anything look good or bad depending upon their mood. These leaders make their teams feel not valued.

Some leaders never make any definite decision to take action. They have many projects planned. They keep their people engaged. They spend a lot of time planning. But, even if things are clear and it’s time to make a move, weak leaders find an excuse to postpone the action.

Weak leaders do not make decisions because they are always confused about correctness of their decision no matter how much clarity they receive. Lack of courage causes them to hesitate to make tough decisions (or right decisions) when the situation demands it.

This is another character trait of weak leaders which is the most frustrating. These leaders praise others when praising gives them benefit. But, on other occasions, they do not hesitate to criticize the same people for another type of gain.

Such leaders are manipulative and opportunistic. They are not to be trusted. I feel such leaders lack integrity. First of all, leaders are encouragers, they are the people their team looks up to for positive thoughts and uplifting their spirits. But, when their team sees that their leader praises somebody at one time and criticizes and complains about the same person at another time, the leaders loses their trust.

By definition a leader is somebody who takes responsibility. A leader always leads by example. But, when a leader gets into the blame game if something goes wrong, it is debatable if we even can call that person, a leader.

Some positional leaders indulge themselves in the activities of blaming others for their failures, or challenges. They are weak leaders. A true leader will take the responsibility to say, “Well, I understand things didn’t go well so far. But I am going to ensure that necessary course corrections are made as soon as possible to make it right going forward.”

I am sure you have come across such leaders as well. They say they are going to do something in the morning but change their plans by afternoon. By the time day ends, they are working on something else.

Their team is the most confused team. Nobody knows what is happening today and what is going to happen tomorrow. These leaders keep their teams in the dark due to their fragile and ever changing, poor planning skills.

A Note About These Characteristics

When you read these characteristics, I want to emphasize that these traits are not limited to a corporate position. These principles apply to every leadership position. At home as a parent, as an elder family member, in business where you are leading a team or in politics, here you lead your people. These traits apply in every field, every walk of life and a true leader will avoid these mistakes at all cost.

How many of these characteristics have you seen in leaders you know of so far? Would you like to add an additional characteristic or two to this list? Please share your thoughts in the comments. Thank you kindly!