Book Review-Savarkar: Echoes From a Forgotten Past by Vikram Sampath

The name Vinayak Damodar Savarkar (aka Veer Savarkar) doesn’t mean much in the minds of Indian people these days, other than a notion that there is some controversy around this name that politicians stoke around the election period.

The author of the biography of V.D. Savarkar named Savarkar: Echoes from a Forgotten Past, Vikram Sampath says in the prologue itself, the name of Savarkar or any details about him is conspicuously absent from all our history textbooks across India. After reading this book, one thing is obvious to the reader, as the author also confirms, the post-colonial political powers in India did not wish the young people of the country to know anything about Savarkar and his legacy. And they succeeded so far! 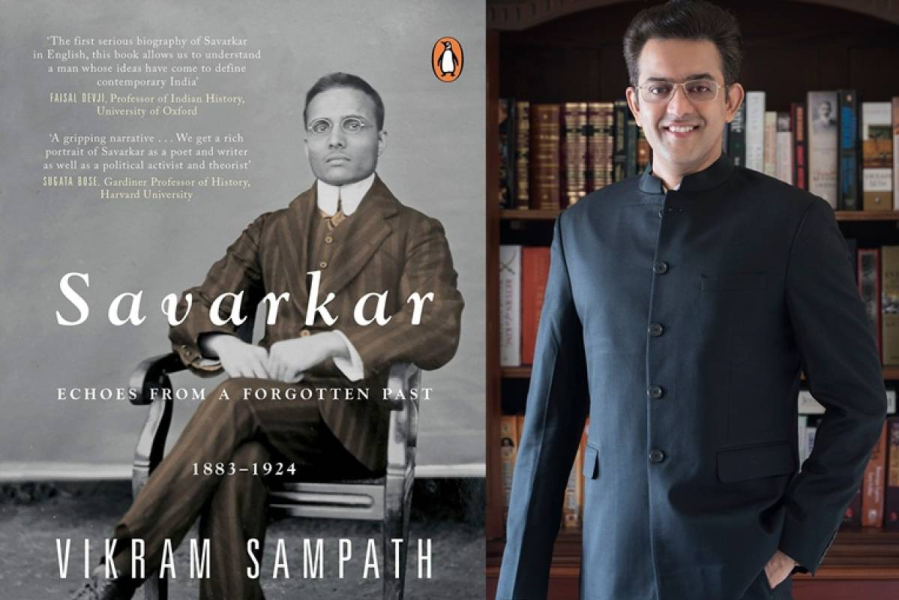 The left-liberal cabal of historians and media who seem to have infiltrated all influential institutions with the help of political powers has ensured that one can hardly get anything positive about Veer Savarkar if he tries to search even his name on the internet. Amidst all the propaganda, Vikram Sampath brings a very comprehensive and rare biography of Savarkar that carries details of his fascinating life story, description of the tumultuous times of our history, and presents us with a comprehensive account of Vinayak Damodar Savarkar’s eventful journey through this book.

Being an avid reader, I have read many great biographies and autobiographies. But this is by far the only biography I couldn’t rest until finished once I got started. Going through Savarkar’s life from just an ordinary little boy to becoming a multi-talented young man, to becoming a threatening figure for the almighty British Empire who needed to get rid of him anyhow, to his deportation from England to India to be sentenced to a 50-year jail term on fabricated charges, to his transfer to Cellular Jail at Port Blair and his suffering there is a heart-wrenching reading experience that gives a feeling of nothing less than a thriller!