Maharanas of Mewar and their thousand-year defense of Hindu society have been kept hidden from the people of Bharat. Average Indians can hardly think of just three names, Chhatrapati Shivaji, Guru Gobind Singh, and Maharana Pratap when we think of resistance to Islamic invasions in India. But all these three people happened to be around the 16-17 Century.

History tells us that the first Islamic attack on Indian soil was led by Mohammad Bin Qasim in 712 AD, who killed King Dahir Sen of Sindh and was soon humiliated and chased away by Bappa Rawal in the 8th century.

However, Indian history books have been wiped clean of the names of King Dahir Sen or Bappa Rawal or any of the Maharanas of Mewar, or any brave Kings who relentlessly fought Islamic invaders to keep them at bay for over 800 years and protected the Hindu motherland from those barbarians. 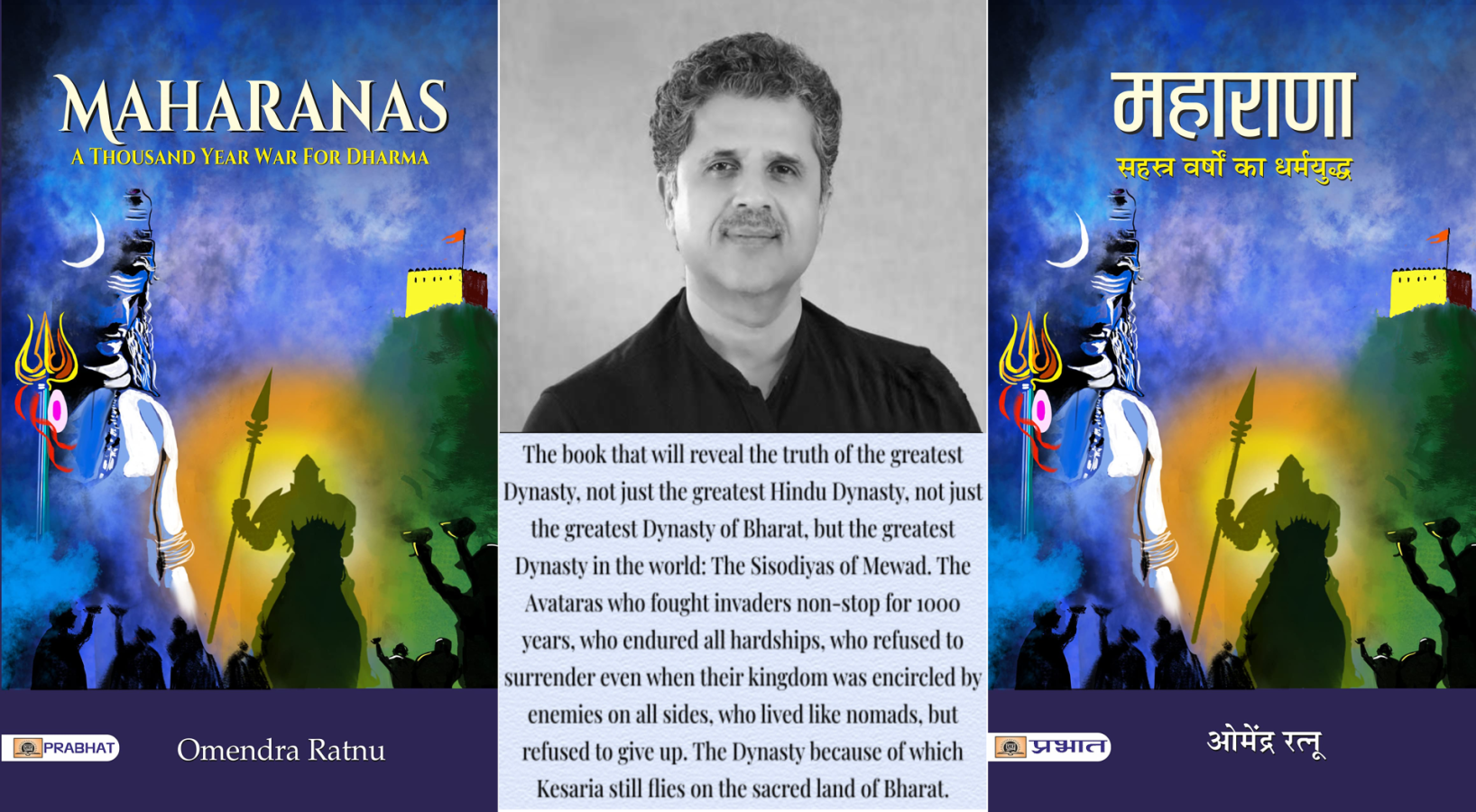 The post-colonial political powers in India have been in bed with the Leftist- Jihadi cabal who did not wish the people of Bharat to know the truth of the true heroes, the true sons of the soil.  They carefully conspired to hide the true history and wrote lies to portray the indigenous Hindu society as a meek and weak society who were always defeated and ruled by superior and more powerful outside forces.

At a time when the Hindu psyche has been consistently polluted with lies about Mughal Sultanate straight through the school system for over 75 years since independence in 1947, Dr. Omendra Ratnu’s ‘Maharanas – A Thousand Year War for Dharma’ is a much-needed anti-virus to protect the Hindu minds from the virus of apathy towards Bharat’s glorious past that fuels the disease of fake secularism and ‘Gandhiwad’ that has plagued the Hindu minds!
END_OF_DOCUMENT_TOKEN_TO_BE_REPLACED