Why Popular Career Advice Is Usually Deceptive In Reality

Doing what you love is the cornerstone of having abundance in your life. ~Wayne Dyer [tweet this] 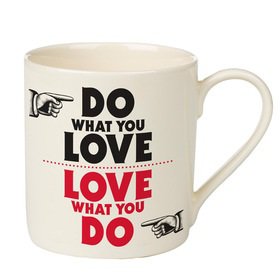 First of all, not many of us have those kind of choices. Most of us are told what we will do when we grow up right from our childhood. Growing up in India I didn't have many choices while choosing a career. You either become an engineer or a doctor. That's it. If you can’t become both, then you are not worth anything of significance.

However, the internet has made a significant changes in the way we learn things today. Information is flowing more quickly today than ever and that is affecting thought processes worldwide. This means that popular career advice in America is also quickly taking over the world.

Those of us fortunate enough to have some choices  (such as for those living in the USA), are bombarded with the message that we should find out what we are passionate about and do it. We are also given the examples of people who had the courage to follow their passion to become successful. Our society recognizes this and we (kind of) pity those who cling to the safe path.

If you ask any career counselor today, the advice is simple, "Do what you love and the money will follow." This advice has almost become de facto everywhere.

But, Is It Really A Truth Or Just A Slogan?

The advice is sound and totally makes sense. However, if you look deeper into the details of how some exemplary people became successful, things are a bit more complicated than they seem from the outside.

The majority of people do not know what is their passion. In fact, growing up in India in the middle class, the only passion I had was to not be unemployed. The only thing that drove me to work hard, learn more and be better than the rest was the goal of making more money than the rest.

IT was the highest paying industry at the time. It still is. So, I got into the IT industry just like many other friends and seniors. It was just a simple choice – if I have to work, I will work where there is more money. Most of us do not have a passion to begin with. And if we keep looking for our passion all our life, it may be too late before we can be worth anything. Don’t you think?

A Couple Of Examples

But guess what, he didn’t have any passion for politics. This is not something that he really wanted to do with his life. Blair's original ambition was to become a rock star. At age 19, he moved to London on his own in order to break into the music industry and he did make some money there working with small groups. He had his own successes and failures in the rock and music world before he began his political journey.

The only way to do great work is to love what you do. If you haven't found it yet, keep looking, and don't settle. ~ Steve Jobs [tweet this]

Who doesn’t know about Steve Jobs? Chances are, you are reading this blog post on an iPad  by Apple. Well, Steve Jobs didn’t have a passion for technology. Just like many of us, the only reason he latched onto technology was because he bumped into opportunities to make some big bucks (that too, accidently).

Steve dropped out of college after his first year. He associated with the local Hare Krishna temple for some time while enjoying free meals there. Later, he returned home to stay with his parents and started working a couple of jobs. Again he left his job for several months to go to India on a spiritual journey. When he returned from India, he began to train seriously at the nearby Los Altos Zen Center.

Going through life, eventually, he made a fortune. But he didn’t know his passion for a long time in his life. He didn’t even know what he enjoyed doing until he started making money doing what later became his obsession.

There are numerous examples of people who eventually became successful at doing something and that is what they became famous for. However, if you look at their life, they didn’t know their passion for it until it started to show them money and recognition.

So, What Should You Do?

The answer is very simple to me. I do not follow what they say, I follow what they do. It isn’t just a great idea for making a career choices, it simply is the best way to avoid pitfalls. It works in every aspect of life . If you want to have what somebody has, do what they do, not what they teach.

The best way I’ve found to keep looking until you get passionate about something you do is to keep an open mind and have a willingness to put the work in for things you have never done before. Only then you may even have a chance to find your passion.

The idea is to explore possibilities until you find something that you know that you are really good at. And then, put all you’ve got into it and make it happen. That is the way you develop passion for the work. It doesn’t work the other way.

In addition to that, when you keep an open mind to the opportunities outside of your current line of work, only then you may even have a shot to finding your passion, if  you will ever find it at all. So, keep looking, keep trying new things. If nothing more, you will have a lot of fun in life.

Over To You – Have Some Thoughts?

What do you think about this famous career advice? Has it helped you so far? Have you seen it working for somebody? What do you think is the best way to find passion? Please share your thoughts through your comments now. Thank you kindly!