How To Overcome Your Fear Of Networking For Business

The richest people in the world look for and build networks. Everyone else looks for work.      ~Robert Kiyosaki [tweet this]

It is true that social networking and internet marketing have changed a lot of things in the world in last a few years. People’s perspective has been rapidly changing about networking. More and more businesses are adapting to the networking business model. 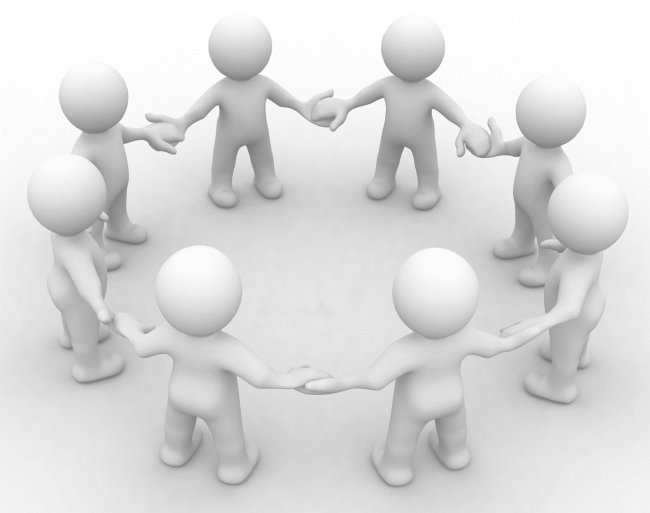 But I still see so many people who, for one reason or another, continue to resist networking. They seem to think that it is a lot of work to network with little or no return on investment of their time and efforts.

I’ve been doing some research and what I’ve found is very insightful. It will probably help you get through some of the networking challenges you may be facing in your business, as it has helped me.

Why People Have Fear Of Networking

There are six major reasons why business owners resist the benefits of networking, according to what I am hearing in the field:

This is the most common reason of failure in any field. People’s ability to do business networking is paralyzed many times because of this issue.

The lack of self-confidence comes in many forms. Sometimes it is because of lack of knowledge about who you are, what you stand for, and your level of confidence in your products and services. If you don’t know what you are doing, lack of confidence is obvious.

I have found that the best way to gain confidence is to invest your time in gaining knowledge. Reading books that teach you about yourself greatly helps you. It increases confidence about yourself and your abilities to do a great job. Investing your time in learning about your products and services, and associating with those who are doing very well in your field boosts your confidence as well.

2. Uncomfortable In Front Of New People

When there is a lack of self-confidence, the thought of interacting with strangers can be intimidating. Some business owners feel they are shy and under-estimate themselves because they think everybody else is very comfortable in front of new people while they are not.

Remember, networking is one of the most effective ways of creating and maintaining relationships that can result in new business leads, loyal customers, potential business partnerships and more. Remember, everybody else is just like you – uncomfortable in front of new people.

The best way to overcome shyness within you is to put your focus on others. Focus on making other people comfortable with you and your shyness will disappear. It is that easy!

Fear of rejection is not just a reason why business owners fear networking. It is a fear that stops people from starting a business, asking for a sale and, of course, making new business connections.

Giving into these fears is just plain bad for business networking and it can almost stop you from achieving your important dreams and goals.

How can you overcome this fear when it comes to networking?

Do not go to networking just to sell something. The purpose of networking is to make new friends, to add value to other people – not to sell. When you approach networking from this perspective, your fear will disappear and you will be able to proudly and confidently network.

4. Not Having Enough Time

Many experts assume that ‘lack of time’ is really just an excuse. Well, this assumption may be true in most cases, but not always. You may really run out of time from juggling many things at once. It is possible that you really don’t have time for most days in the week. But that doesn’t mean you make it an excuse and resist networking even when you can.

I believe that you can find time to network and leverage social media, to leverage your time for this purpose, if you believe that business networking is good for you and your business.

This is another big challenge on the way. We live in a society where Microwave Mentality prevails. We want quick results for everything. When something doesn’t produce immediate returns, it is considered too difficult or not optimal.

Most business owners don't do networking because they expect immediate results. They are impatient and do not understand the value of taking time to build relationships that will yield outstanding results in the long run.

A successful networking effort is much more like farming than hunting. Business networking is all about building friendships, trustworthy long term relationships that will benefit everyone in the long run.

6. Thinking That Networking Is Selling

As long as you think that networking is an opportunity to sell, it becomes a difficult task to do correctly. This misconception is bad from two perspectives:

The currency of real networking is not greed but generosity.      -Keith Ferrazzi [tweet this]

I had to realize early in my business career that networking is not selling. It is about getting to know others, listening to what they say, to identify if you may have an opportunity to help others through your expertise.

Networking is about being genuinely interested in the other person. It is this interest that leads to comfort, and that comfort leads to opportunities to grow your business. If you keep selling separate from networking, you will feel wonderful at networking events.

The one thing that really helps resolve almost all of the above issues is – clarity in thinking. This is what helps me the most. It helps me know who I am, what I stand for, and why I do what I do.

When you know your purpose and your goals and you take the time to learn what networking really is (and how it can help you strategically with your business), you will have no challenge in building your network, in building solid relationships and in growing your business.

From the beginning of human history networking has always been the best way to promote businesses. It is still the best way to build your business. Thanks to the Internet the process is obviously being widely recognized now.

The faster we learn this, the faster we adapt to it and leverage its power. We are then in a better position to take our businesses to the next level.

Over To You For Your Thoughts